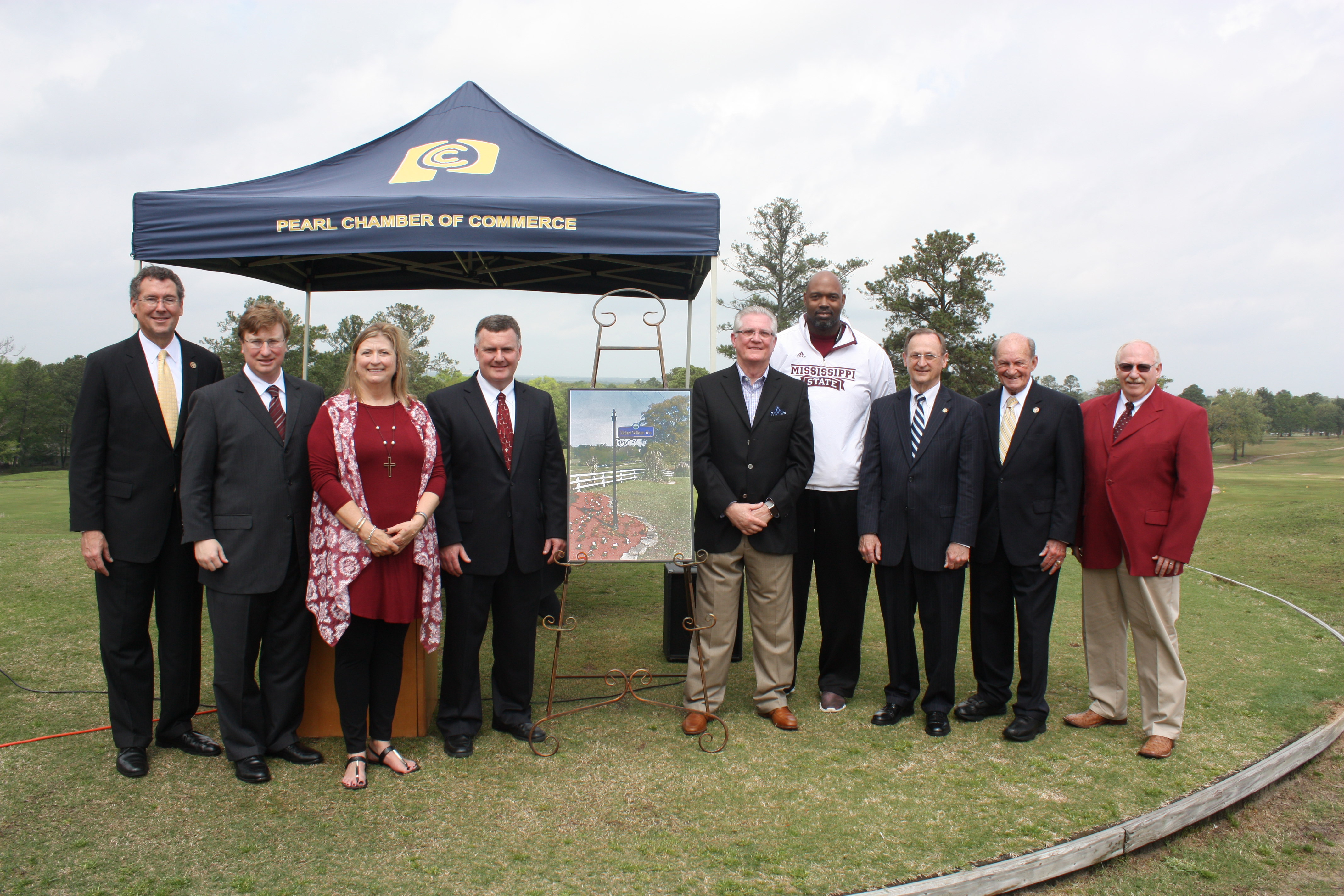 The Pearl Chamber of Commerce, The Mississippi State University Alumni Association and the City of Pearl held a ceremony today at the Pearl Municipal Golf Course to honor former Mississippi State Basketball Coach Richard Williams. Richard Williams grew up in Pearl and graduated from Pearl High School. His dad, Richard (Dick) Williams was the first manager of the golf course. Richard went on to a very successful career at Mississippi State University as the men’s basketball coach and took the 1996 team to the Final Four in the Meadowlands in New York. On this 20th Anniversary of that magical time, Richard was honored with a resolution from the Mississippi House and Senate, presented by Representative Ray Rogers and Senator Dean Kirby and Pearl Mayor Brad Rogers presented a resolution on behalf of himself and the Board of Aldermen. Mayor Rogers also presented him with a key to the city. The street at the golf course was named “Richard Williams Way”  and the street sign was unveiled during the ceremony.  U.S. Congressman Gregg Harper and Lieutenant Governor Tate Reeves both spoke words of thanks and appreciation for everything that Richard has done for the city of Pearl and the state of Mississippi.