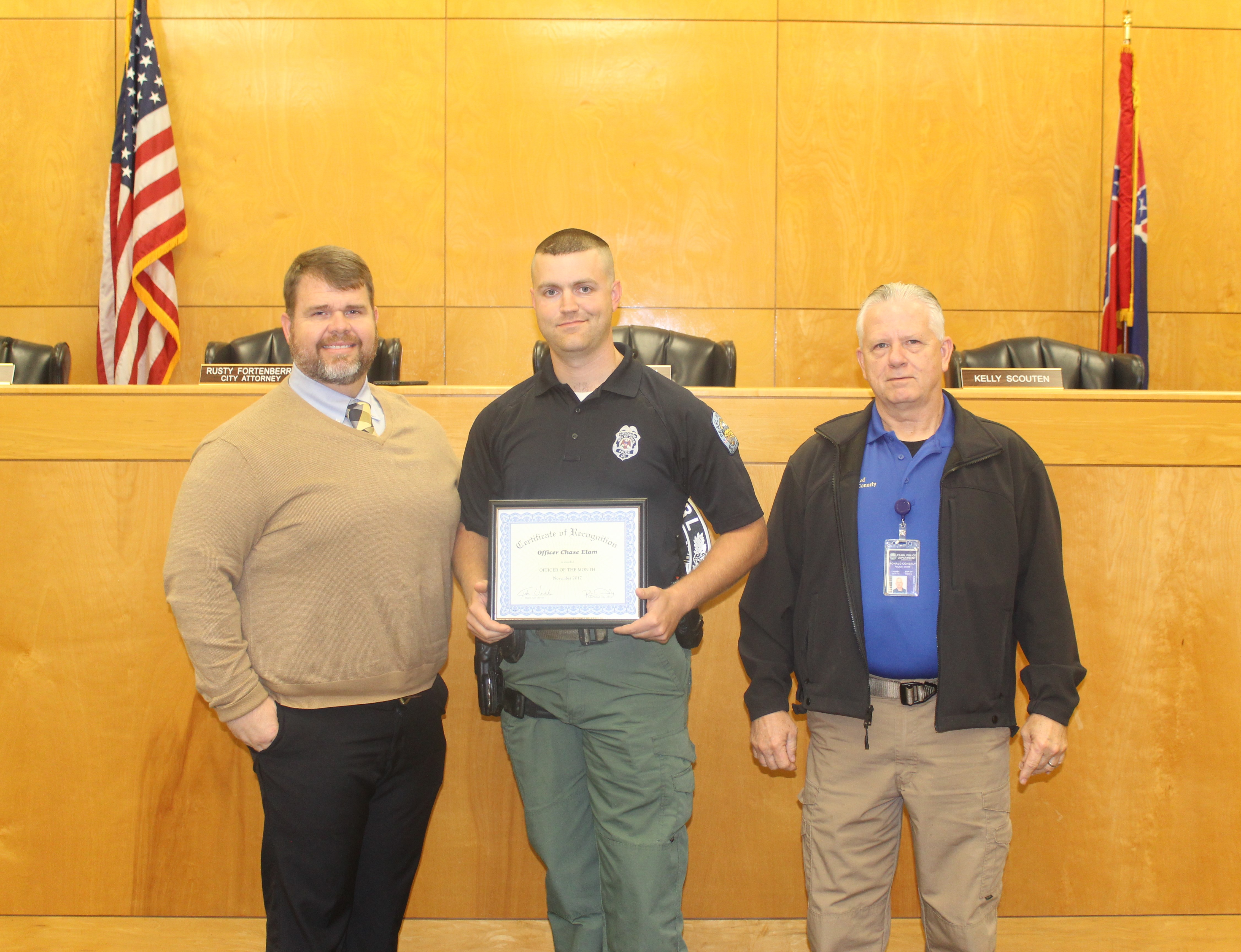 We are proud to announce that the Pearl Police Department Officer of the Month is Officer Chase Elam. He served in the United States Army Reserve until 2014. During that time he graduated from MLEOTA and worked at the Jackson Police Department until 2015 and then came to work at the Pearl Police Department. Officer Elam was recently dispatched along with other officers to a disturbance call where a male subject was on the scene with a knife threatening to do harm to himself. ...Once on the scene Officer Elam entered the residence and took charge and found the subject sitting on a bed with a knife in his hand. Officer Elam sensed that the subject was in obvious distress and began to talk to him to try to get him to drop the knife. The subject cut his wrist and Officer Elam continued to remain calm and talk to the subject to convince him to drop the knife. Once he dropped the knife Officer Elam began to administer first aid until the fire department personnel arrived on the scene. Officer Elam displayed exemplary leadership and poise during this very stressful situation.
The Pearl Chamber of Commerce presented Officer Elam with a framed certificate, a $100 Bass Pro Shops Gift Card and a Cracker Barrel Gift Basket along with a gift card for a meal for two. Scotts Miracle Gro donated a Fit Bit; Moss Creek Fish House donated a $25 Gift Card; McAlister’s Deli donated two complimentary meals; Eclipse Nutrition donated a $25 Gift Card; Focus Fit donated a One Month Free Pass, Signmark donated a soft side cooler and Great American Cookie Company donated a cookie cake! Pearl Police Department Chase Elam