October Firefighter of the Month 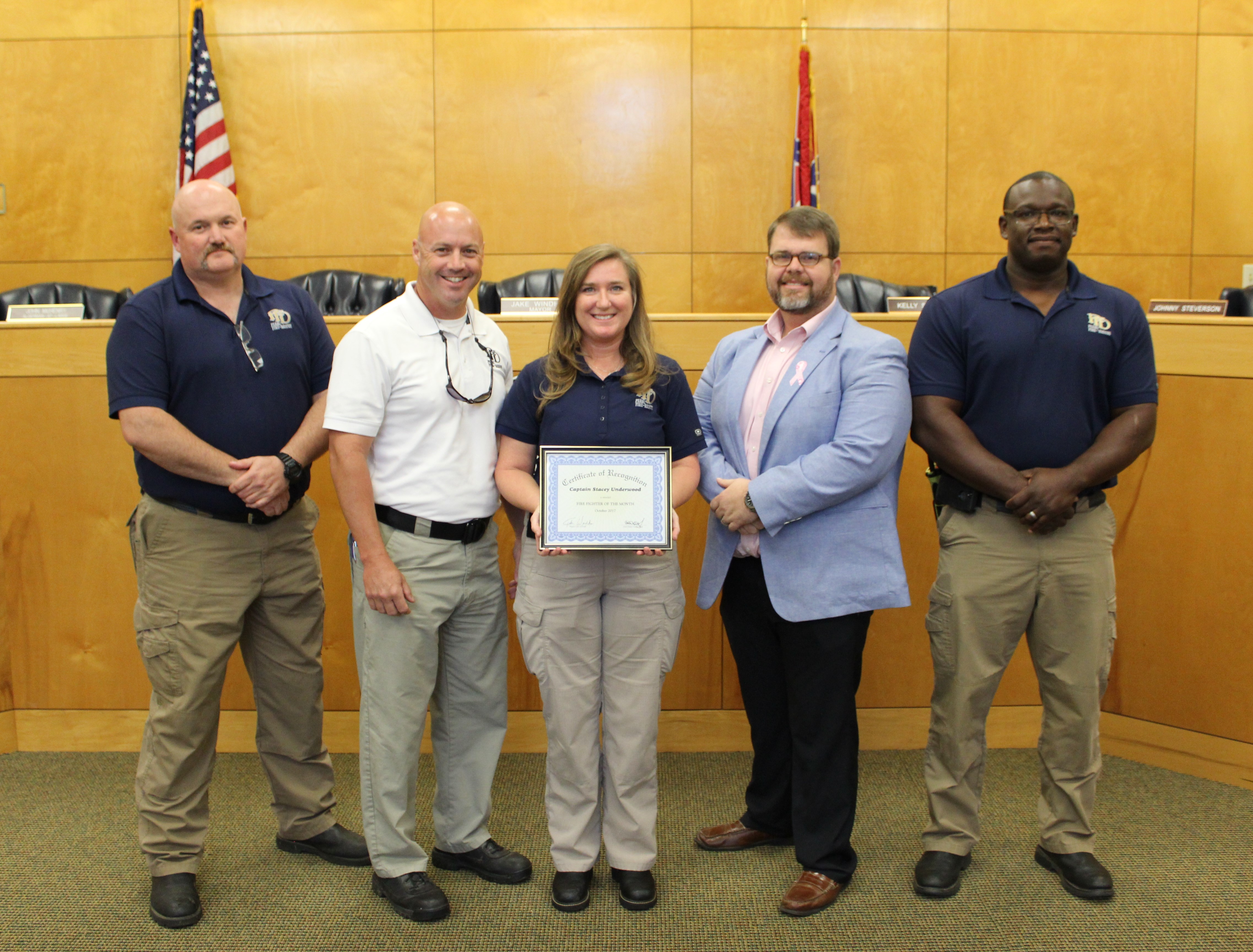 We are proud to announce that the October Firefighter of the Month is Captain Stacey Underwood. Stacey began working at the Pearl Fire Department on December 4, 2000. Since breaking through the gender barrier and becoming the city’s first and only female firefighter, Stacey has not slowed down on her stride to be the best firefighter she can be. Not only does she have over 1000 hours of Fire Academy training, but she also became a Nationally Registered Paramedic in 2013. ...Stacy’s most recent promotion to Captain came in June 2016. Prior to becoming a firefighter, Stacey had obtained a B.S. degree from the University of Southern Mississippi and also obtained her pilot’s license. Stacey works on “B” shift at Station 2. Stacey is married to Phillip Underwood who is a Juvenile Detective at the Pearl Police Department and they have one child, Caleb.