Firefighter of the Month 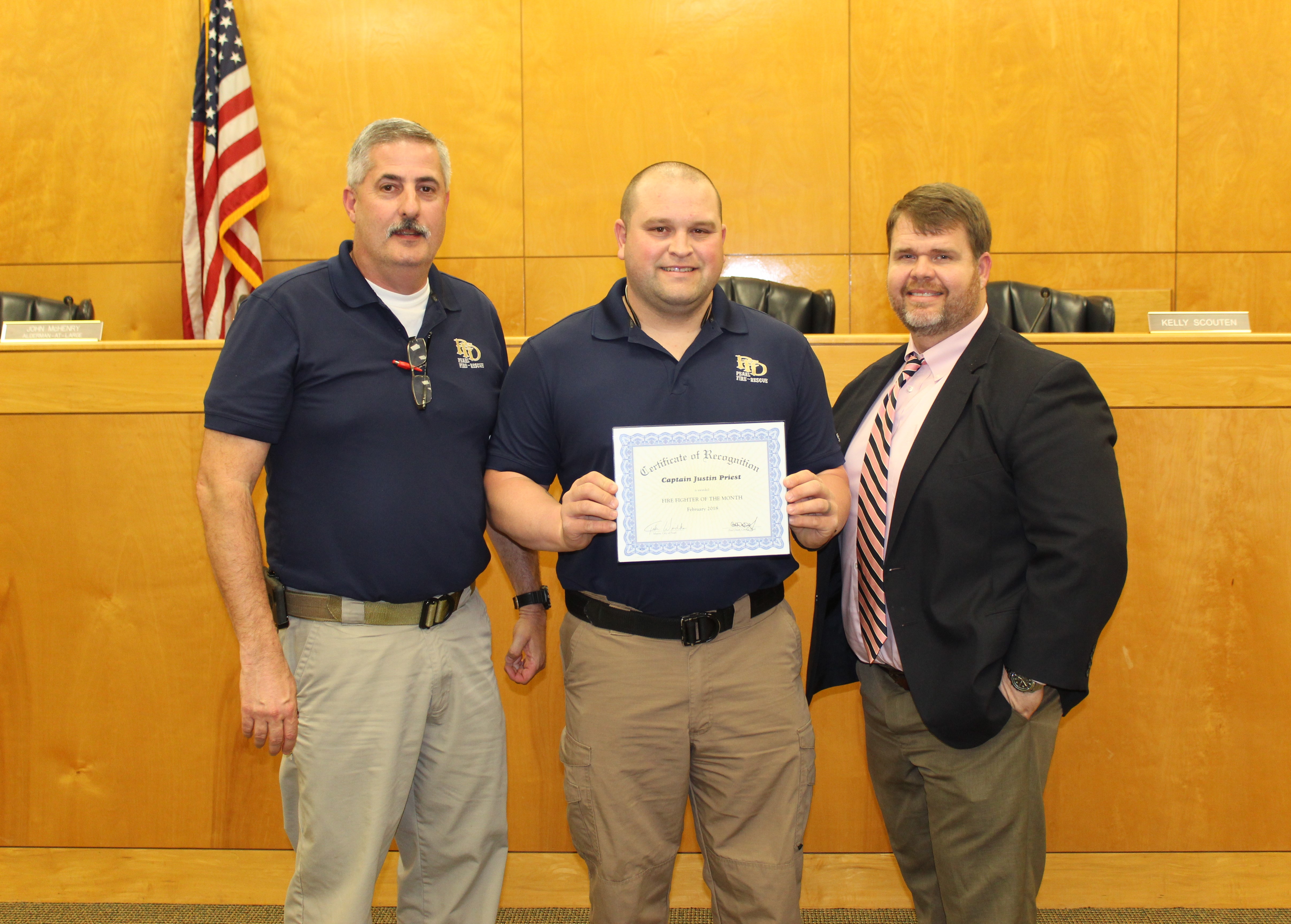 We are proud to announce that the Firefighter of the Month for February is Captain Justin Priest.  Justin joined the Pearl Fire Department on May 7, 2007 and works at Station 1 on A Shift.  Since joining the department, Justin has documented nearly 1000 training hours at the fire academy along with completing the paramedic program in August 2017.  Justin lives in Florence, MS and graduated from Simpson Academy in 2005.  Prior to joining the fire department, Justin had attended Hinds Community College.  Justin was promoted to the rank of Captain in March of 2017.  Justin is married to Emily and they have two children, Anna Grace (7), and Brantley (5).  Justin is being recognized for his work ethic and the level of care and concern he has for the citizens that he serves.  Justin is also a great example to new firefighters.