FF of the Month 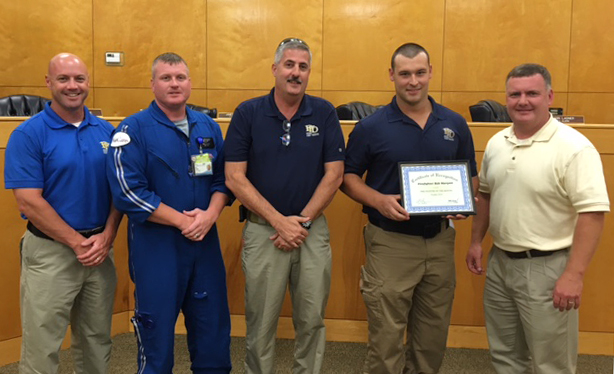 We are proud to announce that the City of Pearl Firefighter of the Month in October is Firefighter Robert Marzoni.  Robert began work with Pearl Fire Department in April 2015.  He graduated from Belhaven University in May 2013 with a B.S. degree in Biology. He was also a pitcher on the Belhaven Blazers baseball team.  Robert has completed his initial in house training and is scheduled to go to the Fire Academy in February.  On October 3, 2015 while he and his wife Chelsea were on their honeymoon in St. Lucia, they were taking an excursion on a small boat when another man on the boat fell overboard.  The man, who appeared intoxicated, was unable to swim and appeared to be in distress.  Robert jumped in and was able to take the man to shore.  The unknown man survived without any injuries and Robert and his wife were able to enjoy the rest of their honeymoon.  Robert has a great future ahead of him as a firefighter and we look will continue to support him as he furthers his career.  Robert works at Fire Station 4 on Hwy 80 on B Shift under Battalion Chief Ricky Purvis.