December Firefighter of the Month 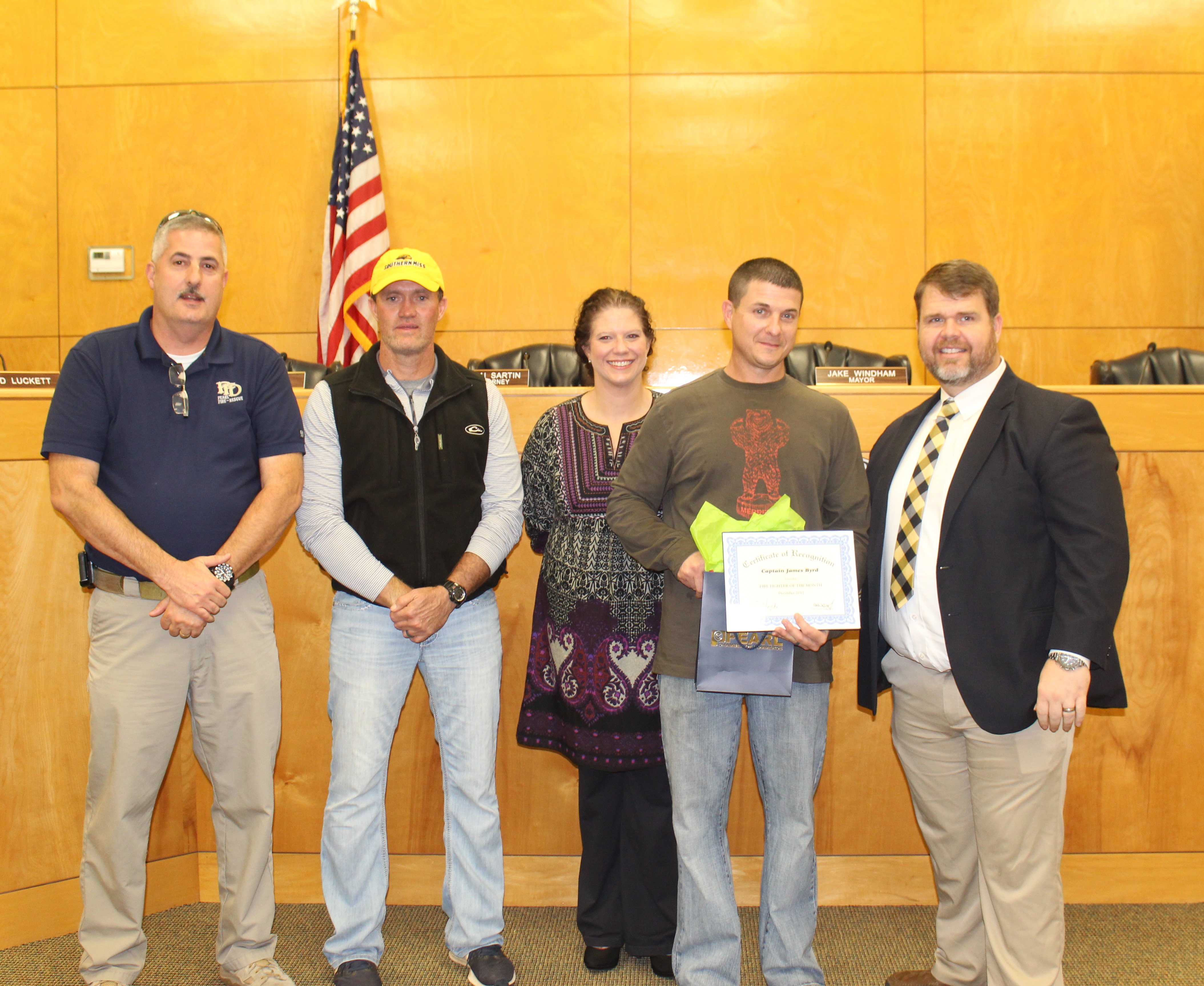 We are pleased to announce that the City of Pearl Firefighter of the Month in December is Captain James Byrd. James began working at Pearl Fire Department 20 years ago on December 24, 1997. James has documented over 1000 training hours at the Fire Academy and is also a nationally registered paramedic. James became the department’s second paramedic in August 2001 and has been a part of building the paramedic program to what it is today. James also completed the very rigoro...us and demanding smoke diver program at the State Fire Academy in March of 2007 and still assists in training candidates for upcoming smoke diver classes. James was promoted to Captain in January 2009 and serves on C Shift at Station 1. James also moves into the Battalion Chief’s position as needed. James is married to Jodi and they have two children, Brendon (12) and Addison (10).