April Officer of the Month 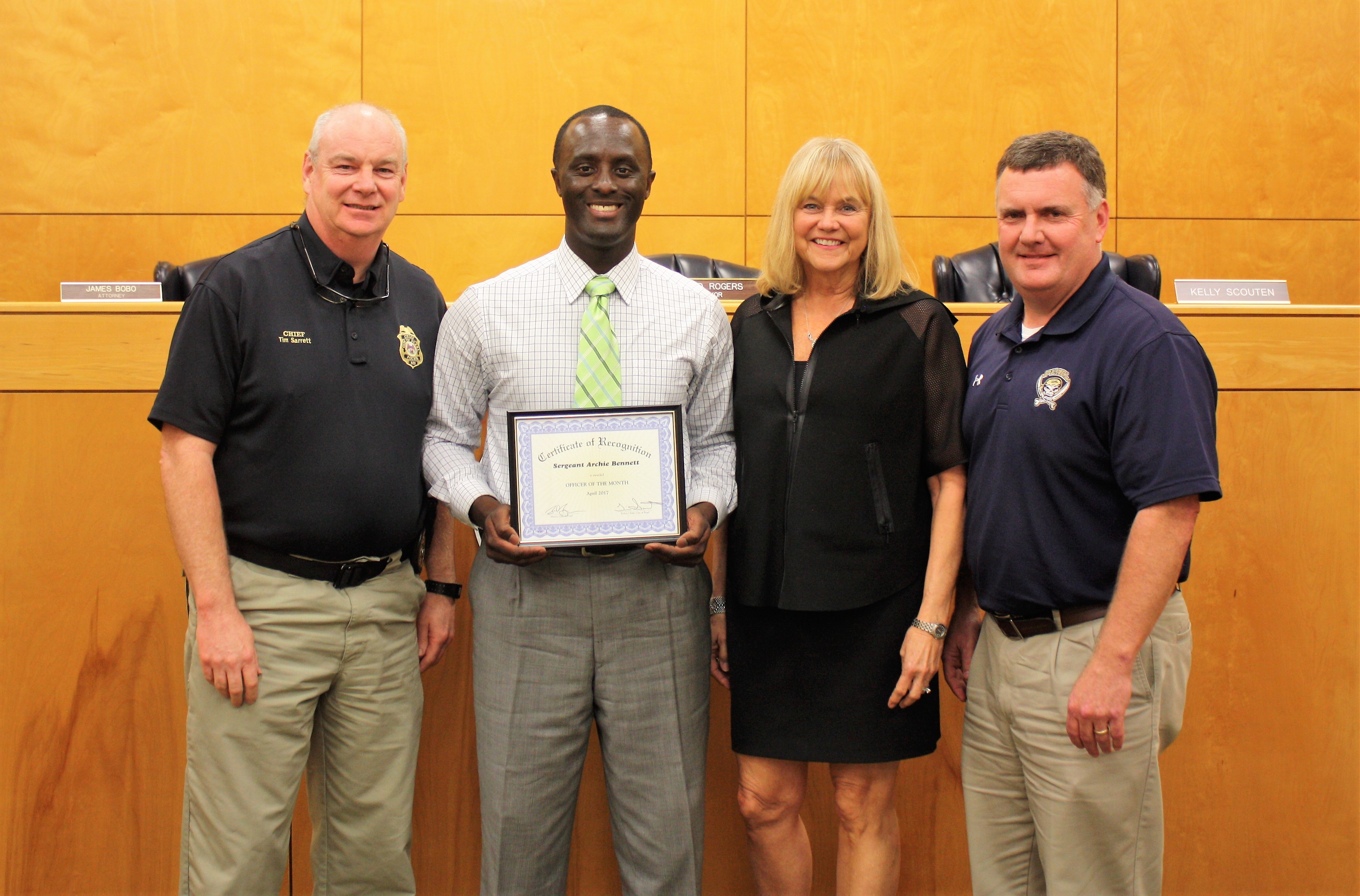 We are happy to announce that the Pearl Police Department Officer of the Month in April is Sergeant Archie Bennett. He is a 1994 graduate of Canton High School and graduated from Jackson State University with a degree in Criminal Justice. He graduated from MLEOTA in 1999. Sergeant Bennett began his law enforcement career with North Park Security and then worked at the Utica Police Department, Hinds Community College Police and  Hinds County Sheriff’s Department before starting to work at the Pearl Police Department in 2000. Sergeant Bennett has been assigned to the Outlets of Mississippi for a year and a half and demonstrates his commitment to the outlet mall, retailers, employees and customers every day. He has been instrumental in seizing large amounts of money, putting several shoplifting rings out of commission and stopping credit card fraud. Many of the criminals that Sergeant Bennett apprehended were wanted in several other states. Recently during the holidays an American Eagle employee had purchased a necklace for his younger sister and a customer in the store stole the necklace. Sergeant Bennett tracked the suspect to her home and recovered the necklace. This is just one example of the dedication and commitment that he has for his job. Outlets of Mississippi General Manager Kathy Hackshaw said “We like having the reputation of being a safe place to shop and the reputation among the criminal community that you will get caught here. Sergeant Bennett takes pride and ownership in his job at the outlet mall and we consider him an important part of our team.”