November Officer of the Month 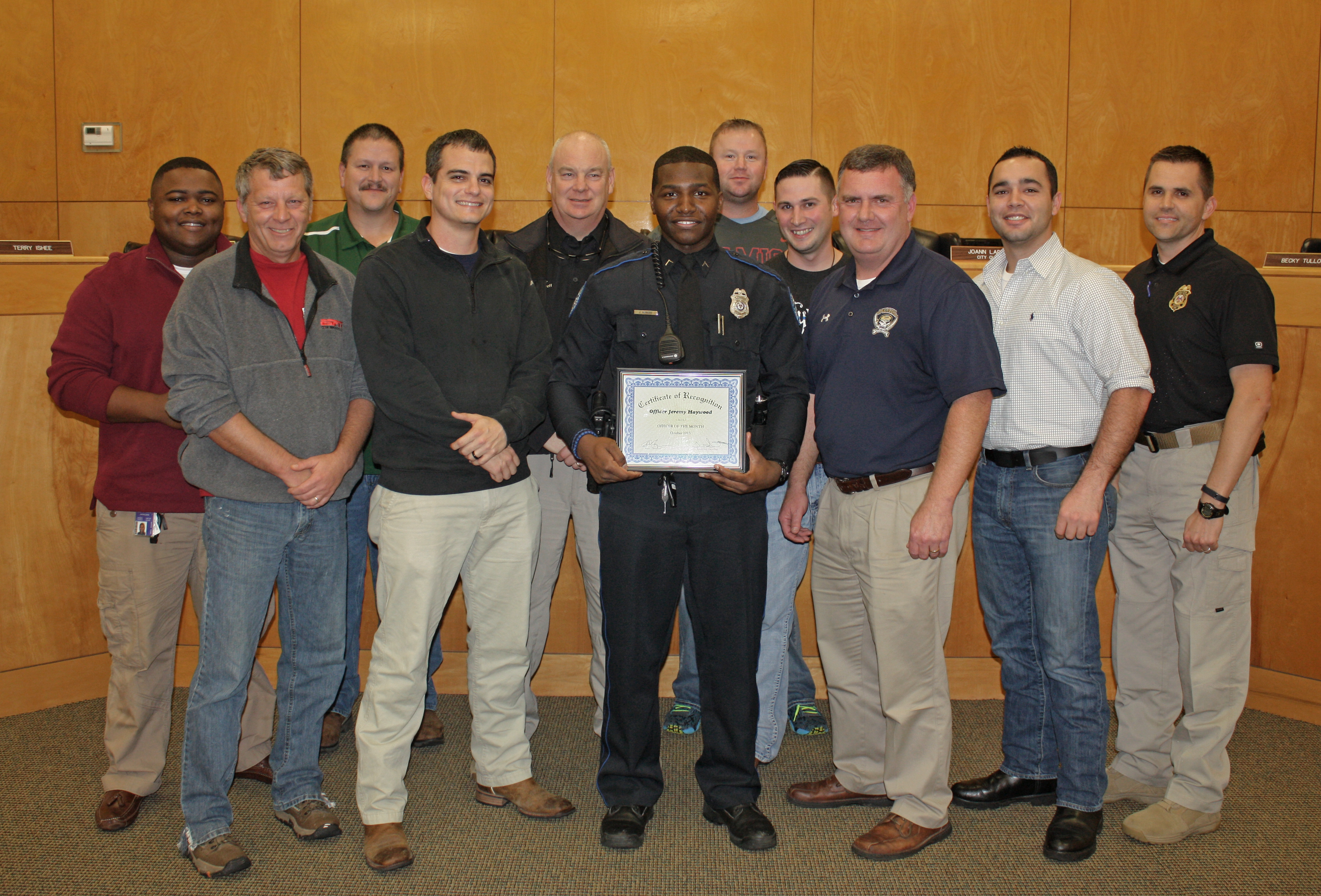 On October 7th a report of an armed robbery was called in by the victim. Officers quickly responded and began gathering facts and canvassing the surrounding area. The victim reported the suspect as being armed with a semiautomatic handgun. This made the search ever more imperative due to the danger that he posed to the public.  Officer Haywood located a male matching the description of the suspect provided by the victim. This person was sweating profusely as if he had been running for a lengthy period of time. Officer Haywood detained this person and brought him back to the area in order for the victim to attempt identification. The victim positively identified the person Officer Haywood detained. Without the quick response, attention to detail and his methodical canvass, this suspect may have escaped apprehension. The suspect had run home to the apartment where he lived and changed clothes so that the description would not match the victim’s statement. It was only by great police work that Officer Haywood was able to recognize him as a person of interest. This isn’t the first time Officer Haywood has been responsible for the capture of felony suspects.  Officer Haywood approaches every call with same careful attention and examines every possible detail. This is one of the traits that makes him a stellar police officer. Officer Haywood never wants any credit and attributes every capture to the team effort.  We are very pleased to be able to honor him with this award.