June 2015 Firefighter of the Month 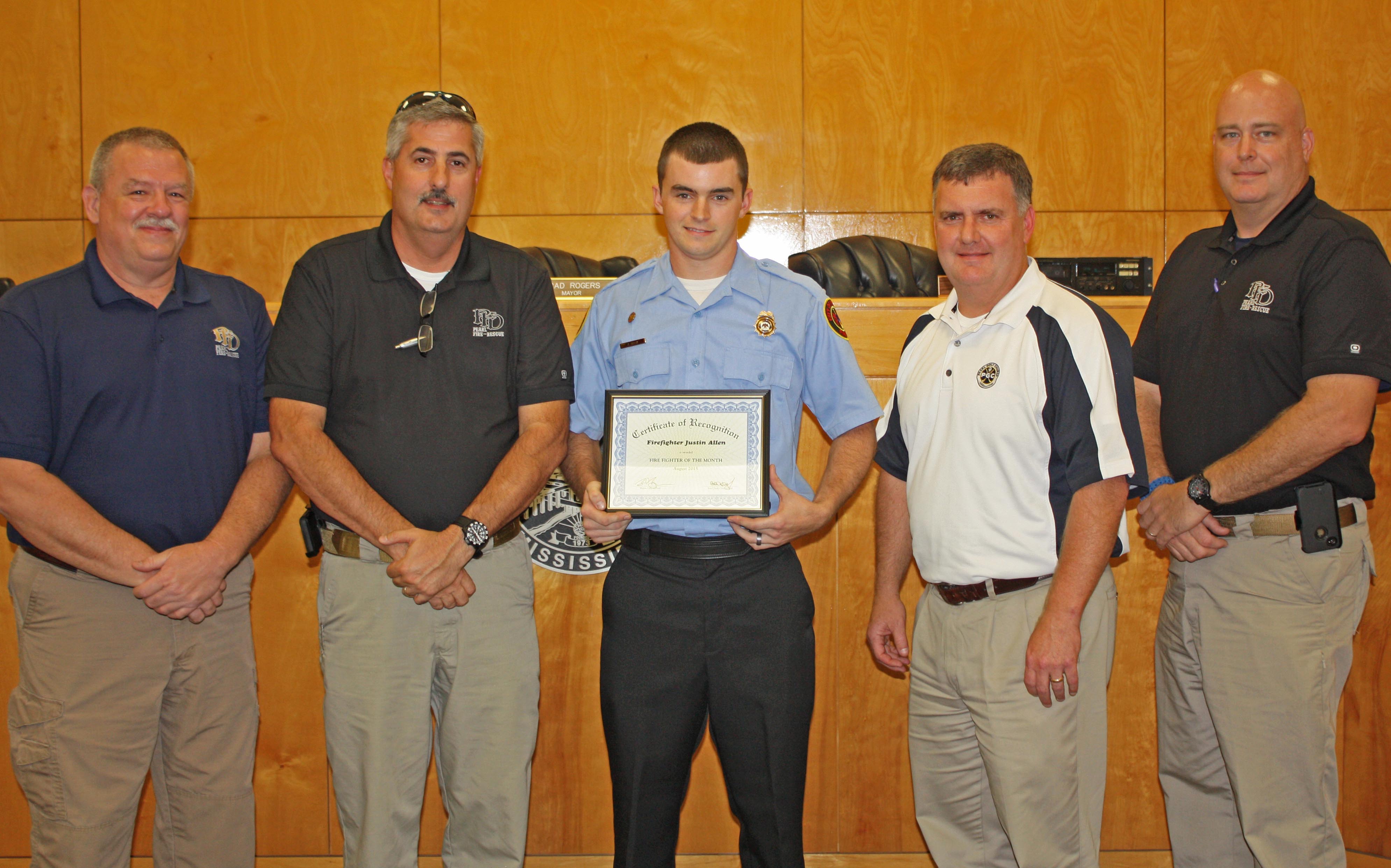 On June 4th, 2015 Pearl Fire Department’s Engine 2 responded to a call for help.  There was a report of an individual locked inside a car and having a seizure.  Engine 2 arrived on the scene with Lieutenant Aaron LaRue, Driver Brad Phillips, and Firefighter Ryan Lee.  The crew went right to work forcing entry into the vehicle and getting the patient out.  The 21 year old patient was not breathing and also did not have a pulse.  The crew administered CPR and defibrillation with an AED.  The patient responded well and had a pulse before leaving the scene in the ambulance.  Firefighter Lee rode to the hospital with the patient and assisted the ambulance crew with care until the patient was handed off in the emergency room.  The quick actions of this crew saved the young man’s life and he is still recovering today.

The Pearl Chamber of Commerce presented all three Firefighters with a framed certificate, a Cracker Barrel gift basket along with a $25 gift card. Wal-Mart donated 3 $25 gift cards; Melissa Wade – Weichert Realtors donated 3 - $10 gift cards to the Tropical Smoothie Café, McAlister’s Deli donated 3 dinner for 2 certificates and Scott’s Miracle Gro donated a drink cooler for each of the firefighters.